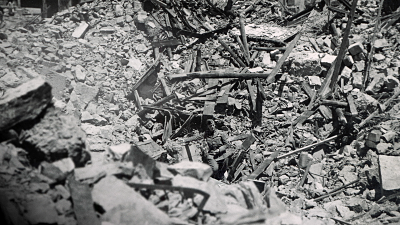 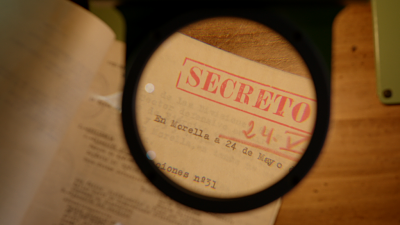 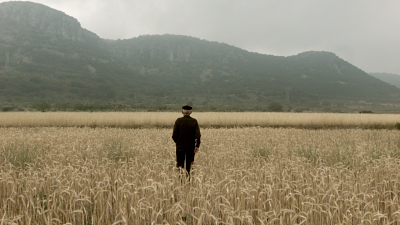 In the middle of the Civil War, and with the front still far away, the inhabitants of four tiny towns of Castellón see three planes appear on the horizon. Some children start to say hello, adults look at them with innocence and curiosity. But the planes maneuver, they crumble and bomb houses, churches and city councils. They kill 38 neighbors. They never knew who was responsible. Until now.
Almost 80 years later we discovered a folder in the military archive of Freiburg, Germany, with 66 aerial photographs. Germans took interest to document the bombing , facts of witch they didn’t inform anyone. The photos are the key element. The inhabitants of Benassal, Ares, Albocàsser and Vilar de Canes will finally know that they were victims of a Nazi experiment.
The pilots belonged to the Condor Legion, sent by Hitler to help Franco. They set their base in La Senia. They bombed in the morning and spent the afternoon drinking beer on the beach in Peñíscola. It was May 1938 and they just received the first three models of the Junkers 87A, known as ‘Stuka’. The prototypes got in Spain secretly and they had to calibrate if these prototypes would hold up a new 500 kilos bomb , twice heavy as those launched until then. The lethal success of the experiment was crucial in the German decision to build the Stuka massively to raze Europe in the still unsuspected World War II. 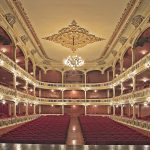